Posted on March 2, 2011 by uprootedpalestinians 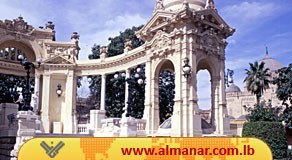 WebsiteTeam Network
Following the collapse of Egypt’s Hosni Mubarak’s regime, the Israeli enemy seems to be concerned over the path that could be adopted by the Egyptian President’s successor.

In this context, Israeli daily The Jerusalem Post quoted former Foreign Ministry director-general Alon Liel as saying that Israelis must not lose sight of the importance of neighboring Egypt.

But Liel, who also served as ambassador to Turkey, warned that the successor to the Hosni Mubarak regime could well be expected to follow Ankara’s lead and pull its own envoy to Israel.

“I don’t think the events in Libya or Tunisia will affect Israel in any meaningful way,” Liel told the Post by phone. “Libya and Tunisia were in the outer circle when it came to the Israeli-Palestinian conflict. Egypt is a very different story.”

Liel, now chairman of the Israel-Syria Peace Society, said the continued adherence to the 1979 Israel-Egyptian peace treaty is of far greater significance to Israel than the fate of Libyan strongman Muammar Gaddafi. “The question of whether this agreement will survive and diplomatic relations remain intact are critical, critical questions for Israel’s standing in the region,” he said.

According to Liel, a Moussa presidency would bode ill for the Zionist entity. He was referring to Amr Moussa, Arab League Secretary General, who announced on Sunday that he intends to run for Egyptian president. “I met him personally, and his attitude to Israel over the past two decades has been very hostile, very different from Mubarak’s,” Liel said. “I don’t think he will renounce the agreement between the two countries as null and void; I don’t even think he will break diplomatic relations. But I’m almost sure he will pull the Egyptian ambassador out, and he will be very, very critical in his statements.”

The former envoy to Turkey predicted a downgrade in relations similar to one Turkey has implemented since the 2003 election of Prime Minister Recep Tayyip Erdogan. “If Amr Moussa is the next president of Egypt, I think we’re headed toward a kind of Turkish-Israeli situation.”

Turkey pulled its ambassador in Tel Aviv after May’s Mavi Marmara incident in which nine Turkish citizens were martyred by Israeli fire on a Gaza-bound flotilla.

“Turkey doesn’t have an ambassador here, and it doesn’t intend to send an ambassador. Also, they won’t allow us to send a new ambassador. So Turkey in fact downgraded the level of representation between the two countries. Jordan, by the way, did the same thing – in the last six months you don’t have the Jordanian ambassador anymore,” he said.

Following Turkey’s removal of its envoy, Jordanian Ambassador Ali al-Ayed was quietly removed from the embassy in Ramat Gan and returned to Jordan to serve as minister for media affairs and communication. Liel said a caretaker ambassador had taken al-Ayed’s place.

With diplomacy stalled on both the Israeli-Palestinian and Israeli-Syrian tracks, Liel said, the mood in the region is more hostile to Israel than at any time in recent memory. “What we used to call the moderate camp – by which we mean accepting of Israel and ready to live in peace with it – is shrinking. So I see what happened in Egypt as a double blow. One, on security issues, because we have nothing really meaningful economically or culturally,” he said. “The level of coordination on Palestinian issues was very high. But on top of that, it’s a blow on the regional level. I think that what happened to Egypt, and the fact that Egypt will have to focus on internal affairs, is causing a situation in which Turkey is becoming the leader of the region. I don’t think it’s Iran, I think it’s Turkey. And Turkey has the ability to cause us a lot of problems if we don’t have a breakthrough with the peace process, either with the Palestinians or the Syrians.”

Liel said that prospects for Israeli-Egyptian relations could be brighter if Israel can find a way to kick-start the peace process. “Recently there have been more and more rumors that Syria is indicating it wants to resume talks,” he said. “I don’t think the hostility or hatred toward Israel will remain as is if the impression in the Middle East is that Israel is being engaged in serious talks with the Palestinians, or the Syrians, or both.”