Posted on March 6, 2011 by uprootedpalestinians 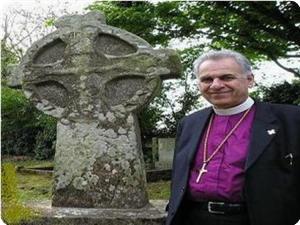 OCCUPIED JERUSALEM, (PIC)– The Israeli Ministry of Interior has denied requests to renew the Jerusalem residence permit of Bishop Suhail Dawani, claiming he had ”transferred Jewish land to the Palestinians.”

Dawani said in a press statement Saturday that the Interior Ministry denied renewal of his permit to reside in Jerusalem last August in an official letter.

Dawani had received Jerusalem residence for the first time in 2007 after presiding as bishop over the Episcopal Church the same year. He had been allowed residence in Jerusalem every year since, except for last year.

Dawani has denied accusations placed against him and any cause for the denial of his residence in Jerusalem.

The decision has hampered his work as the head of the Episcopal Church, he says.

”Currently I am threatened with expulsion from the city of Jerusalem at any time. I’m having difficulty in my work and my travel because of the interior ministry’s decision,” Dawani said.

A displaced Palestinian
View all posts by uprootedpalestinians →
This entry was posted in Ethnic Cleansing, jerry, Judaization, Nazi Israel. Bookmark the permalink.