Posted on March 11, 2011 by uprootedpalestinians 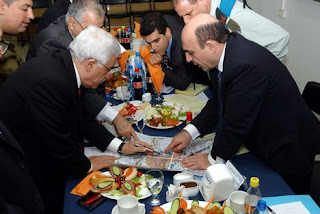 OCCUPIED JERUSALEM, (PIC)– Head of Knesset’s Foreign Affairs and Defence Committee, Shaul Mofaz, said on Thursday that he expected a military showdown with the Palestinians if the political process remains stagnant.

Mofaz, who was talking to Israeli secondary school students in Ramat Gan, also said that he did not think that Netanyahu had prepared a political plan.

These comments come at a time when many Israeli media outlets and Likud party officials are saying the Netanyahu has lately been preparing a new political plan to revive the negotiations with the Palestinians.

A displaced Palestinian
View all posts by uprootedpalestinians →
This entry was posted in "Peace Process", Likud, Mofaz, Netanyahu. Bookmark the permalink.