Posted on April 2, 2011 by uprootedpalestinians 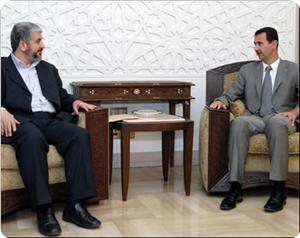 [ 02/04/2011 – 03:08 PM ]
DAMASCUS, (PIC)– Hamas has said in a statement on Saturday that it stands by both the leadership and people of Syria, praising Syria’s leadership and people for siding with the movement to resist the Israeli occupation throughout the years.
”The leadership and people of Syria have stood with the Palestinians’ resistance movement and rights and embraced and supported the Palestinian resistance forces, especially Hamas, in the darkest and most difficult of times,” the statement reads. ”It has taken great risks and challenges and has been steadfast throughout pressures in order to remain committed to resistance in the region, supporting Palestine and its people and its resistance in particular.”
”What is happening now is an internal affair concerning the people of Syria,” Hamas declared. ”But Hamas, based on its principle of respect for the will and aspirations of the Arab and Islamic people, hopes the current situation will pass with the aspirations and the wishes of the Syrian people achieved and Syria’s stability and internal cohesion preserved.”

According to the Palestinian IDIOT Hamas should have supported Rifaat Al-assad, Khaddam, Hariri, and Syriam “Muslim” Brother’s thugs, in stead of supporting the “Slaughter of the Syrian People”

He, Khara anf their Zionist Master, Molly, would like to see another IRAQ in Syria, a dream that shall never come true. 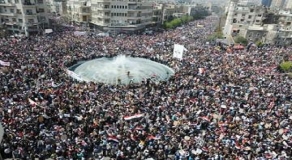 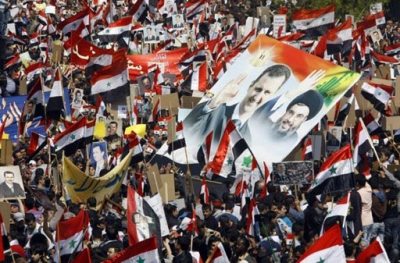 No surprise, on February 13, 2008, the bastard dropped Memri’s BOMBSHELL about Bush’s strangest Syrian bedfellow, at center of suspicion in Hezbollah leader’s car bombing,

[Shawkat, by delivering the goods on the assassination of America’s “Most Wanted” Mugniyah, has ensured that he will now receive the protection of the Bush White House in the current UN investigation of car bombings in Lebanon, most notably that of former Lebanese Prime Minister Rafik Hariri.”], he posted

About two years ago he preyed that the The Pace of the US/Syrian Dance is Set to Quicken Soon
that Hamas is feeling the heat from Syria, and advised hamas leader to look for another shelter

A displaced Palestinian
View all posts by uprootedpalestinians →
This entry was posted in Hamas, Mollistine, Protests, Syria. Bookmark the permalink.