The Ziocons & ‘shitting the proverbial pants’

Posted on January 28, 2012 by uprootedpalestinians

“…America is a country that has grown complacent in its assumptions about the Middle East and its politics, and too wedded to the idea of having an imperial role in the region (of which CENTCOM is the embodiment) and the world more generally. For several years I have advocated an American withdrawal from the Arab world (FLC believes that this is undergoing but ONLY in the Levant!) The Arab uprisings have made this all the more urgent, although it is a delicate, difficult, and potentially dangerous matter. But that’s a debate for another day.

Let me focus now on a few pieces by people who have written very unwise things, and who are the other bigpart of the problem with American foreign policy in the region: those who primarily see US Middle East policy through the lens of Israel. 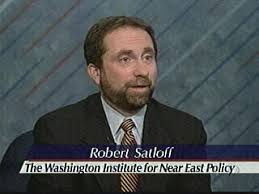 Robert Satloff, a leading hack of the Israel lobby think tank WINEP, and Eric Trager have a piece in the WSJ you can read here. A few years ago Satloff was all into pressuring Egypt on democracy issues, but now has buyer’s remorse – confirming my long-held suspicion that people like him and Elliott Abrams (and many others) were only tactically interested in democracy promotion as a manner to wield greater influence over the Mubarak regime. Now that Islamists have won a majority in Egypt’s parliament, they are shitting their proverbial pants….”

A displaced Palestinian
View all posts by uprootedpalestinians →
This entry was posted in Middle East Issues, Neocons, US Foreign Policy. Bookmark the permalink.