Posted on May 6, 2012 by uprootedpalestinians 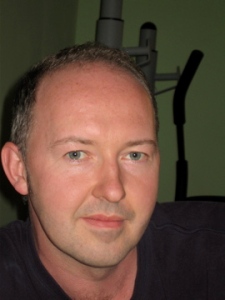 Contributed by Written by Maidhc Ó Cathail
May 6, 2012 at 4:46 pm
From the Cold War to the War on Terror, Israel and its partisans have stressed the Jewish state’s role as a strategic asset to the United States in the Middle East. A recent Haaretz article, however, provides further evidence that this claim is little more than a self-serving myth.
﻿
﻿ In the article titled “David Ben-Gurion’s diary invites a rethink of Benzion Netanyahu’s extreme Zionist image,” Israeli historian and journalist Tom Segev reveals that the current Israeli Prime Minister’s late father offered his propaganda services to Ben-Gurion’s government on at least two occasions. Writes Segev:

In 1956, Netanyahu proposed that Ben-Gurion employ him as a public diplomacy (hasbara) functionary, in the guise of a history professor, at one of the universities in America. He sought to work under the auspices of the Prime Minister’s Office, and tailor his activity to its policy.

He told of a series of meetings with American statesmen, among them Dean Acheson, who had been secretary of state in the Truman administration. It seems that he spoke with them primarily about the danger of Soviet penetration of the Middle East.

The diary doesn’t record whether or not Netanyahu got the job, but from 1957 to 1968 he worked as a professor in Dropsie College in Philadelphia. If his 1956 propaganda proposal had been turned down, it certainly didn’t deter him from trying again:

In June 1968 Netanyahu paid another visit to Ben-Gurion, by then in retirement, and once again proposed a plan for Israeli propaganda in America. We must take action against the American left, he said referring to what was then called the New Left. Almost all are communist Jews, Netanyahu told Ben-Gurion, and once more proposed concentrating Israeli propaganda on the danger of Soviet penetration of the Mideast: If the Soviet Union takes over the Middle East, it will control the United Nations, he suggested arguing, and praised two of the Israel supporters he had found on the right flank of the Republican Party: Barry Goldwater and Richard Nixon.

But if Israel really had been such an obvious strategic asset to the U.S. during the Cold War, there wouldn’t have been any need for Netanyahu and other hasbara agents to remind the Americans of Israel’s usefulness in countering “the danger of Soviet penetration,” would there?