DANCING WITH THE WOLVES

Posted on September 15, 2012 by uprootedpalestinians 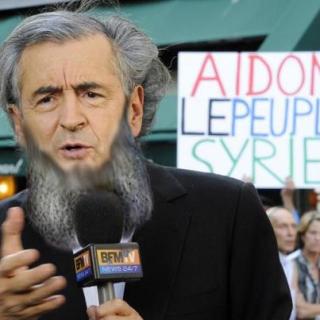 There we go once again . After the spring of Hillary Clinton we have come to the fall of the same Hillary and we have fallen again to our delusions and prejudices . Uncle Sam had decided to hit again , in a different place this time ; not a new place but different from the one he has been hitting at. Just notice how the alternating US administration goes- back and forth- between granting people what they think they long for- without knowing what exactly it is -like freedom and civil liberties- and inciting them to be committed to a form of religion for which they are ready to kill their brothers .

Between NGO and terrorism we alternate, and the two do not seem to be exclusive but rather complementary. In both cases Arab societies have been deeply infiltrated by the western forces of domination that has taken hold of all the articulations of society -including religion- to the point that US administration has become a reference in Islamic religious matters , deciding when Islam is to be defended and where, and how it is to be defended.

Islam is not to be defended – of course- when al Aqsa is desecrated or Jerusalem taken, quarter after quarter . Islam is not threatened when entire Palestinian families are thrown out of their houses and forced to demolish their homes with their own hands . Islam was not threatened either when the shelling of Gaza happened , when all borders were closed and Muslims killed mercilessly targeted by phosphorous bombs and children chased by air fighters from one place to another, not knowing where to hide and where to go… Islam was not defiled then as it was not defiled when Iraq was occupied and when sectarian war was ignited or when Black Water was killing Iraqi civilians mercilessly and for no reason and when it was breaking into houses and offending men and women .

Islam was not threatened by Abu Ghraib , nor by Guantanamo, nor was it defiled when NATO invaded Libya and when Zionist Bernard Henry Levy led the Libyan -so called- revolution and coordinated among its factions for the benefit of Israel-as he said, or when NATO countries confiscated the billions of Libyan money invested in foreign banks, nor was it threatened when Israel invaded Lebanon causing the ugly slaughter of Qana one and Qana two. It was not threatened either when – in the name of the Arab spring and democratic change- slaughters were committed in Syria and people executed and soldiers mutilated and journalists assassinated with cold blood accompanied by the calls of Allahu Akbar emanating from the hired thugs and criminals paid by the prince of Qatar.

All this was not defiling to Islam , nor were the shameful normalization with the enemy of Arabs and Muslims, or the recognition of the legality of the Zionist state, or the partition of Sudan or the raising of the Israeli flag in the southern region.

The latest experimentation of Intelligence Services proved that it is the US administration that decides what is defiling and provocative to Islam and Muslims and what is not .. That is what the last experimental balloon has proved , that the reference to Islam is neither Mekka nor Medina , not even al Azhar . It is Washington DC that is the reference to Islam and the Qibla of the Muslim subconscious , it is from there that most Muslims receive the order to move or protest or demonstrate or oppose or take to streets and go on riots or kill their brothers or engage in sectarian warfare or pacify .

In Washington is being cooked the dish that most Muslims are supposed to taste . The last dish was called “ Innocence of Muslims “, a movie of the most mediocre quality , not even a movie but a trailer of some sort as some people say, or a movie produced at the cost of five millions by a Jew with a double US/Israeli identity -to whom the task was assigned – a movie played by a Mossad agent , a Palestinian converted to Christianity that has taken refuge in USA after helping in the killing of HAMAS leaders : Ahmad Yassine and al Rantissi.

Everything has been studied carefully to get the desired effect . Everything but the quality of the movie itself because there was no need to sweat over a master piece when a third rate production would do . Now people have become Muslim by Hillary’s order, and loving their Prophet and their religion above all; and they are all mobilized to defend both while they have not yet finished sharpening their knives along with their tongues to kill and slander their brother of the other sect .

But the sectarian alignment and friction had lasted too long without achieving significant progress on the ground where they were supposed to , and the whole scheme of dividing and partitioning has become too obvious and too odorous, and it was time for Hillary to move to something else and let the Muslim masses dance to a different tune set by the administration of Uncle Sam like the other previous ones