Posted on March 28, 2013 by uprootedpalestinians

In a sever violation to Article 8 of the Charter of the Arab League, the Arab League summit in Doha has granted Syria to the so-called SNC, and given the green light on Tuesday to its members to send arms to the terrorists  fighting the Syrian government, the legitimate representative member-state at the AL and the United Nations.

The move complicated the internal crisis and blocked efforts for a peaceful negotiated solution. Qatar and Saudi Arabia who has called and supported the coalition in taking up the seat are sparing no efforts to divide Syria,

Ahmad Moaz al-Khatib called during the summit to extend the Patriot missile protection into northern Syria, few hours later, the United States said that NATO had no intention to military intervene in Syria.

The Syrian government considered Wednesday that the Arab League decisions made it “part of the crisis and not part of the solution,” and warned states that support the Syrian “opposition” that they will not be secluded from the Syrian “fire”.

The Syrian government added, in statement published by SANA, that the AL decision eliminated any role that it could play in finding a political solution to the Syrian crisis, warning of the “decision’s repercussions on the League’s future and on the Arab national security.”

As Damascus pointed out that the resolution was “unprecedented” and “it blatantly violated the AL Charter”, it considered that “it targeted Syria’s role, position and approach of resistance” and “contributed in increasing the bloodshed in Syria, encouraging terrorism and terrorists and hindering the last real efforts exerted by states and groups concerned with finding a political solution in Syria.”
The Syrian government warned states “playing with fire – by arming, funding, training, and sheltering terrorists – that this fire will spread to reach their countries.”

It further highlighted that the summit “had supported with its decision, the path of violence, extremism, and terrorism which does not only threaten Syria but the entire Arab nation and world.”

On granting Syria’s seat in the Arab League to the “opposition”, the Syrian government said: “The Arab League’s irresponsible acts allowed it to give Syria’s seat at the summit to an illegitimate part, and to raise a flag other than the Syrian national flag in a flagrant violation to the AL Charter and bylaws concerning a founding member.”

The statement reassured that this decision was “a dangerous and destructive precedent to the League, as it made it lose its credibility, and diverted it from its normal path.”

Moreover, the Syrian government considered that this “formed a threat to the Arab system, for targeting Syria will be followed by targeting other countries,” and warned of this step’s dangerous repercussions on the Arab security.

From here, Damascus stressed that it will “continue to work on providing security, stability, and protection to the Syrian nation and citizens, and on countering terrorism and terrorists in order to preserve Syria’s unity, sovereignty, and independence.”
—— 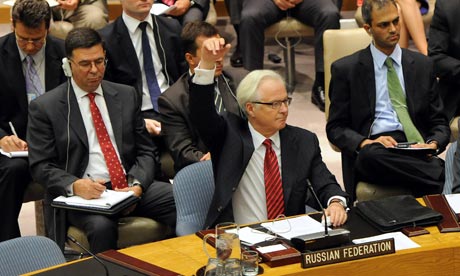 “In terms of international law, the League’s decision on Syria is illegal and indefensible because the government of the Syrian Arab Republic was and is the legitimate representative member-state at the United Nations,” the Russian foreign ministry said in a statement released on Wednesday.

Iran’s Foreign Minister Ali Akbar Salehi criticized Wednesday the Arab League’s decision to grant Syria’s seat to the “Syrian opposition”, considering this step a “dangerous precedent… which will complicate the crisis in the country”.

Speaking before reporters after a cabinet meeting, Salehi said “handing Syria’s seat to the so-called provisional government is a dangerous precedent by the members of the Arab League.”

“Such mistakes will only add to the problems,” he further stated, reassuring that the Islamic Republic had constantly called for ending violence in Syria.

“We should join efforts to find a logical and legitimate solution to the Syrian crisis,” Salehi further stressed.

In this context, the Iranian foreign minister demanded “western governments to stop sponsoring violence in Syria,” and to rather “encourage warring parts to restore peace and tranquility with democratic means.”

In a letter addressed to the Arab League, which is meeting in Doha for the Arab summit, a group of prominent opposition figures warned that the opposition was experiencing a crisis as a result.

“The crisis in the Syrian opposition is worsening… (because of) what is happening inside the National Coalition and the actions of those who dominate it,” the letter said.

It criticized “the conflicts between the leaders of the coalition, the dictatorial control exercised by one of its currents over its decisions and actions, and the flagrant hegemony of diverse Arab and regional players.”

The signatories, who include several liberal activists such as Michel Kilo, Abdel Razzak Eid, Walid al-Bunni and Basma Kodmani, called instead for the creation of an executive body or consensus government chosen by a broad spectrum of the opposition.

The letter also urged “restructuring the Coalition to balance it and keep it beyond the control of any one party or current.”

Earlier another opposition party, Building Syria State slammed the coalition move to form an interim government and take up the country’s long-vacant seat at the Arab League.

It described the action as “brazen”, saying “the establishment of a provisional government was a prelude to fragmenting Syria and pitting the Syrian people against each other.”

Whoever took Syria’s seat in such a fabricated way would be conspiring with external forces who wanted to see Syria divided, as the move complicated the internal crisis and blocked efforts for a peaceful solution, the Damascus-based Building Syria State party said Monday.

“Countries who support the coalition in taking up the seat are sparing no efforts to divide Syria,” Building Syria State said in a commentary, apparently referring to the Coalition’s key backers, Qatar and Saudi Arabia.