Posted on April 11, 2013 by uprootedpalestinians

Egyptian members of the Muslim brotherhoods group try to extinguish fire on one of their comrades who he was hit by a molotov cocktail thrown by protesters during clashes in the street in Cairo on 22 March 2013. (Photo: AFP – STR)
By: Youssef Sheikho
The Muslim Brotherhood in Syria is no stranger to negotiations with the Syrian regime, having engaged in talks with both Hafez al-Assad and Bashar. When the Muslim Brotherhood in Syria elected Ali Sadreddine al-Bayanouni as controller general in 1996, it initiated secret negotiations.

The alliance between the two hurt the Brotherhood’s credibility due to Khaddam’s erstwhile position in the top echelon of the Syrian regime. The Islamist group withdrew from the Salvation Front in April 2009 after a dispute with Khaddam.

The Syrian Muslim Brotherhood decided to suspend its anti-regime activities, as Ankara, then friendly to Damascus, sought to mediate between the two sides. However, Bashar al-Assad rejected the offer. 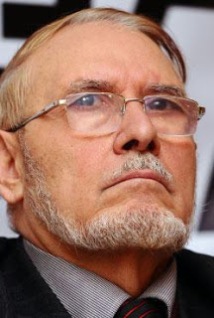 In July 2010, when Mohammed Riad al-Shaqfeh was elected in Istanbul to succeed Bayanouni, he announced that the group would continue to suspend its opposition activities.

Remarkably, the exiled group was late to participate in the Syrian uprising, and did not issue any statements in support of the “revolution” until late April 2011, about a month and a half after protests began.

Nevertheless, the Brotherhood, according to some in the opposition, went on to punch above its actual weight on the ground during the uprising. Analysts attribute this to Turkish-Qatari support, as well as to the myriad organizations set up by the group abroad and to its experience in organized political action.

The Brotherhood opted for a pragmatic approach, and propelled secularists and Christian f

igures to lead the opposition. Many observers believe the Brotherhood was able to influence the main opposition organizations to a large extent, and steer them in a direction favorable to its agenda, as seen with the Syrian National Council and subsequent Coalition.

Though the Brotherhood likes to claim that “Syria is for all Syrians,” some in the opposition itself fear the country will move from Assad’s to Shaqfeh’s control. However, Syria is a different than Tunisia and Egypt. The Brotherhood does not have a substantial popular base there, nor would it be able to assert control over the diverse groups of minorities spread throughout the country.

In light of this, the National Coalition seeks to create more of a balance within, having recently issued a statement calling to expand the alliance. The goal: to bring in representatives from outside factions and render the coalition truly representative of opposition’s spectra.

Recently, the joint command of the opposition Free Syrian Army (FSA) launched a scathing attack against the Syrian Muslim Brotherhood for “riding on the coattails of the revolution.”
The FSA statement read, “The conduct of the group since the beginning of the revolution has gone too far, particularly with its domination of the National Council and then the coalition and its attempts to meddle in relief and military efforts.”

Similarly, prominent opposition figures have argued that the Islamist agenda, including the Brotherhood’s, is authoritarian. Other dissidents have also accused the Brotherhood of turning the fight into “a sectarian war just as the regime has done.”

Kamal al-Labwani, a prominent member of the Syrian opposition, recently proclaimed that the Brotherhood cannot be seen “as an alternative to tyranny, but instead as an attempt to reproduce it in a different form.” The Brotherhood, he said, is not “on the opposite side of violent Salafi movements, it’s the wellspring of their ideology.”

Brotherhood officials believe these allegations are meant to discredit their group, and are “a failed and absurd plan to obstruct the course of the revolution.” Shaqfeh recently told reporters that he did not know what motivated “the season of attacks” against his group, observing that the experiences of Islamist power in Egypt and Tunisia “have perhaps had an impact in this regard.”

Shaqfeh alleged that the detractors of the Syrian Brotherhood “do not include revolutionary figures or opposition leaders who have a real standing on the ground.” Yet the Brotherhood is on less than good terms with many other opposition groups, such as the National Coordination Committee for Democratic Change (NCC) and Kurdish groups represented by the High Kurdish Council.

With respect to the armed opposition groups, Brotherhood influence has grown steadily. The group takes part in coordinating attacks against regime targets, “with at least one representative of the Brotherhood present in FSA command and control centers.” The Brotherhood also supplies weapons to certain FSA brigades, in collaboration with the Turkish authorities.

Shaqfeh refused to link al-Nusra Front to terror, and said the groups receiving support from the Brotherhood included al-Farouq Brigade in Homs, Liwaa al-Tawhid in Aleppo, Suqur al-Sham in Jabal al-Zawiya, and Ahrar al-Sham in Idlib.

This article is an edited translation from the Arabic Edition.

A displaced Palestinian
View all posts by uprootedpalestinians →
This entry was posted in Muslim Brotherhood, War on syria. Bookmark the permalink.