Exclusive: Gordaffi at Gaddafi’s Capture and the "next mission"

Posted on November 4, 2011 by uprootedpalestinians

Gordaffi’s Note: With all the confusion at Gaddafi’s capture, there was one “journalist present”. In this case, he was commanding a unit that had been tracking, had been hunting Gaddafi for weeks. Below is his story. 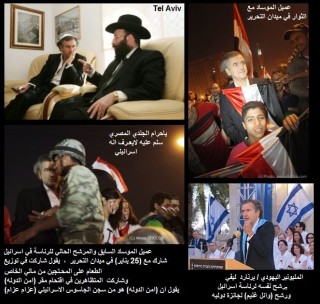 [Gordaffii’s well known “independent journalist” “born in Libya, who has worked for years in support of human rights projects around the world.” “was commanding a unit – hand-picked squad – that had been tracking, had been hunting Gaddafi for weeks.”

Gordaffi is not talking about the French “Independant Philospher, Bernard-Henri Levy, born in Algeria, who has worked also in support of “human rights projects around the world” such as South Sudan, Darfour, Afghanistan, and Libya, wher he revived his image after his failed attempt to jump on the bandwagon of the Egyptian uprising]


“This first hand account of the capture of Colonel Gaddafi, will be not be redacted.
Our videographer was not there, having been assassinated by Gaddafi agents some weeks before, however there is enough video of this scene for everyone.”

Here is one titled Nato was there – Proof.

Gordaffi, don’t want you to see, inorder not “to make Gaddaf look like a victim of a NATO “holocaust”.

“Thus, when Gaddafi was captured alive and sent away in an ambulance, there was absolutely no NATO involvement of any kind. No NATO troops were ashore, no NATO planes above.” Gordaffi lied.

Let us check this LIE:

“Colonel Roland Lavoie, spokesman for Nato’s operational headquarters in Naples, said its aircraft today struck two vehicles of pro-Gaddafi forces “which were part of a larger group manoeuvring in the vicinity of Sirte”.

The Ministry of Defence in London confirmed that Nato warplanes today attacked a convoy of vehicles fleeing Sirte.”

Consequently, Nato hands are clean from the blood of Gaddafi, his “independant journalist” … commanding a unit – hand-picked squad -” after “tracking, …hunting Gaddafi for weeks.”…..”on Thursday morning, 20 October, intercepted communications from his son Mu’tasim ordering his men to assemble in District No. 2 by 4 a.m.”

The hand-picked squad “were appox half a km behind him but in the desert, south of the road they were using.” Out of sudden, “a French Raphael jet appeared and hit his convoy several times.

The hand-picked squad just “managed …..to corner Gaddafi, ….grabbed him and  his son, pulled them out of the sewer. Injured Gaddafi ” was escorted into an ambulance, “barely able to walk which headed west to Misrata.”

“The following clip shows Gadhafi’s bloodied body being dragged through the streets of Sirte. Please be warned this graphic clip is not suited for the faint of heart and could ruin your morning.” – the Chip was removed by the user.

At that point, after the “ambulance headed west to Misrata”, the “independant journalist” followed one of his “golden rules of survival (when your mission is accomplished, never hang about or dwell on things but just simply leave) I bid farewell to some of the fighters and headed for Benghazi. By the time I arrived there I heard that Gaddafi was dead. I have no idea what happened to him exactly and, to be honest, I really don’t care.”

“One final word. Some will be wondering whether we got a reward or in any way been paid for our troubles. The answer is an emphatic no. We did this out of a sense of duty to our country. For me personally, I lost approximately 12, 500 GBP in lost earnings while I was away fighting (July-October).”

Reading between the lines, here is the conclusion: 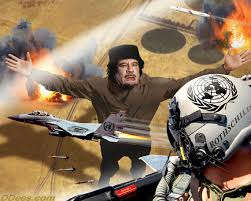 The so called “independent journalist”“born in Libya, who has worked for years in support of human rights projects around the world.” is a British sent to Libya to command a hand-picked squad.
His mission was “tracking”, “hunting,” once the “mission is accomplished,” he followed the“golden rules of survival” He left the crime scene.

Moreover, Nato hands are clean, you have to blame France only, and France left Nato,


“Oh, for those who forget such things, General Charles De Gaulle, in March 1959, withdrew from NATO and demanded the removal of all NATO personnel from France. France has not been in NATO for 42 1/2 years, a fact conveniently overlooked by so many conspiracy theorists.” Gordaffi lied.

“Despite France’s withdrawal from NATO’s integrated military structure, two technical agreements were signed with the Alliance, setting out procedures in the event of soviet aggression. Since the fall of the Berlin Wall, France has regularly contributed troops to NATO’s military operations, making it one of the largest troop-contributing states. It is also NATO’s fourth biggest contributor to the military budget.”

Gordaffi omited the name of his source.

“We asked him to let us share this with you as a salute to all those out there around the planet who have worked to make VT what it is…real sources for real news…for readers that want it, the good, the bad and the ugly…..” We found the flow of disinformation out of the Gaddafi camp and his both official and unofficial “mouthpieces” to be sickening and cowardly.”

“We have no regrets, as do none of our people, especially our behind the lines combat correspondent.”

“For you Vets out there, along with our staff, who have ever done that kind of work, you know how quick things can get nasty and fatal with just one bad move or some bad luck. You can get killed by either side at the drop of the hat.
This is his statement I receive today in response to specific questions our readers had about the capture of Gaddafi”

The next mission under making:

“Syria, an area where hypocrisy has taken so many turns that no side knows another anymore” Gordon said. His spys, told him:

“Franklin Lamb was there – in Syria – a couple of days ago“

No Gordon, you spies chaeated you, Franklin was there two weeks ago, he send his last article from Libya.

“Syria and Israel have secret “protocols” of cooperation. Iran and Israel share the same, exposed by VT last week, plans to enrich each other with oil speculation through a ruse of war so dangerous it threatens the entire world“. Girdon spies told him.

“We are told 3,000 have died in Syria. We are also told we can’t intervene, more like 30,000 may actually have died. Why? Well, Gaddafi in Libya was loaded with money which he shared with the banks. It bought him months.

Syria? Russia defends their air with sophisticated weapons and stops any UN vote to protect Russia’s only port on the Mediterranean. As for the Syrian people? They have been slaves for generations, slaves of the Ottomans, slaves of the French and now slaves of Assad.

Syria is interesting, at least to VT. We have the ability to “follow the cash” as we are an organization of burned out former NWO thugs.

“Turkey wants to attack Syria over problems with war crimes and refugees, we are told.”

His spies lied again. The problem is who would fill the Vacum. “Iran and Hizbollah, both on American terror lists are helping Syria. Russia is flying in “technicians.”

Syria is a daily bloodbath, real people fighting for freedom for sure, but everyone else in the world interfering as well. That still, as with Libya, doesn’t change things. The Assad government, though one of the few not enslaved to Washington and Tel Aviv, can no longer honestly rule.”

Iran is an odd nation. I broadcast their daily, am read in their papers, I even defend them, quite often actually. I know them to not be the threat, not be the people Americans are told. They and the people of Afghanistan and Iraq and Pakistan are among my friends. Our next generation may learn that, share that friendship, if we don’t kill everyone first. I give the chances at 50/50.

Syria, an area where hypocrisy has taken so many turns that no side knows another anymore. Franklin Lamb was there a couple of days ago, we have been discussing it, as I have with many others. I am amazed.

Turkey wants to attack Syria over problems with war crimes and refugees, we are told. Iran and Hizbollah, both on American terror lists are helping Syria. Russia is flying in “technicians.”
Syria is a daily bloodbath, real people fighting for freedom for sure, but everyone else in the world interfering as well. That still, as with Libya, doesn’t change things. The Assad government, though one of the few not enslaved to Washington and Tel Aviv, can no longer honestly rule.

We are told how much Israel, the tiny nation that controls America, hates Syria. Then our spies, and we have so many, begin to unravel something else. Syria and Israel have secret “protocols” of cooperation. Iran and Israel share the same, exposed by VT last week, plans to enrich each other with oil speculation through a ruse of war so dangerous it threatens the entire world.”

A displaced Palestinian
View all posts by uprootedpalestinians →
This entry was posted in Conspiracy on Libya, Conspiracy on Syria, France, Gordon Duff, Kadhafi, NATO. Bookmark the permalink.

1 Response to Exclusive: Gordaffi at Gaddafi’s Capture and the "next mission"